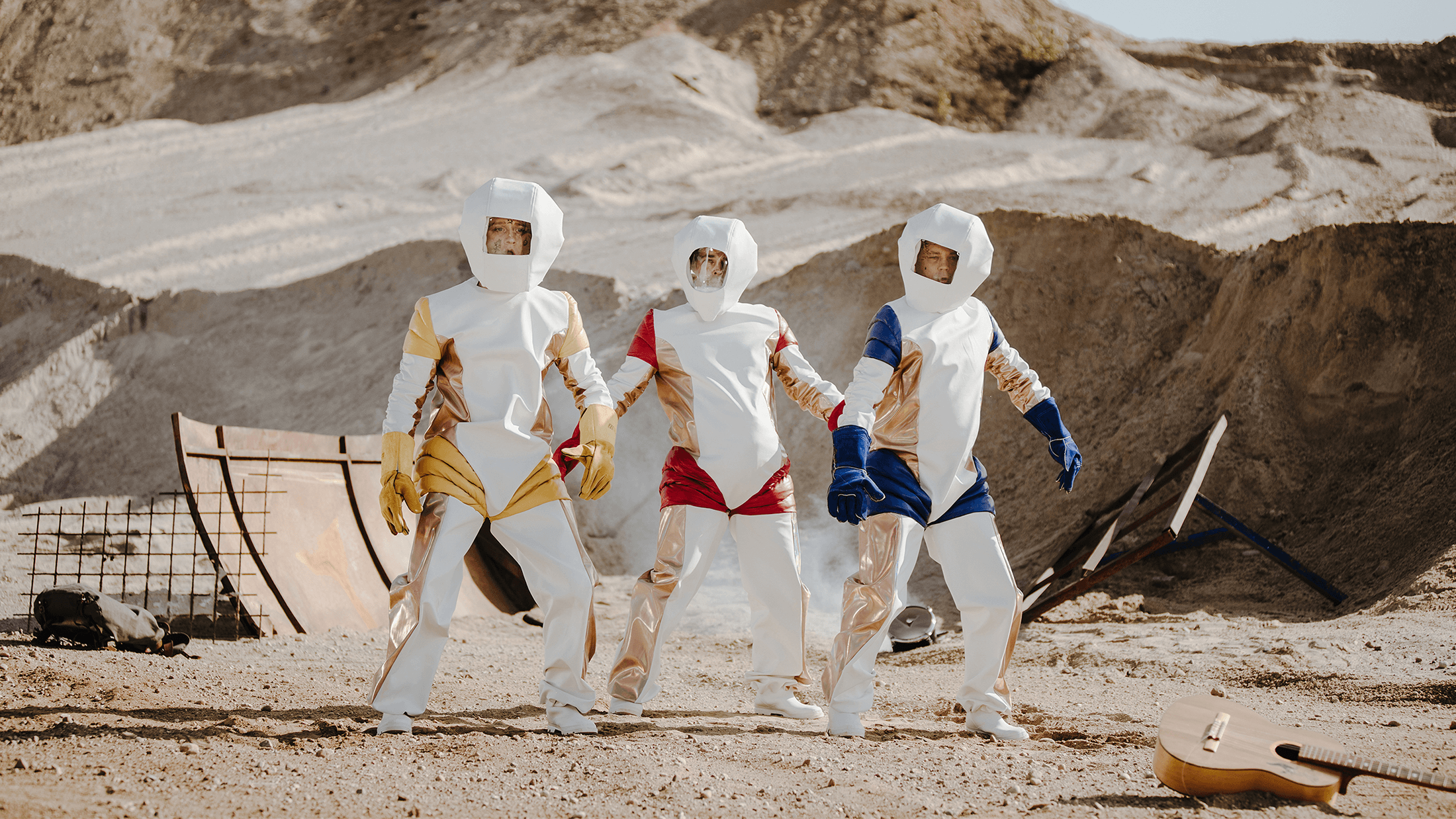 Once again, we embarked on an adventure together with the Antikvariniai Kašpirovskio dantys band. In "Gabalas antimaterijos" music video clip, we decided to combine the band's craftiness with 3D animations & the VFX of Stepdraw guys.

So how did we do it?

Let's start with our rolling garage. Guys from the band made this garage by themselves in their backyard. To make sure that this garage will roll around and won't fall apart, we needed four strong men to test all the possible motion situations.

Notice the posters on the garage wall. The director turned the production crew into music superstars by designing their own concert posters. ↓

The outside of the garage was made entirely from scratch. Artūras, our 3D animation mastermind, recreated authentic 90's style garage visual and combined it with the physics of a launching space rocket. The whole sequence of a flying garage took 1 TB of our computers!

We also combined our garage with a live-action footage of famous Vilnius buildings. Sunny days were infrequent in Vilnius during the autumn of shooting. So our producer scouted the weather for a whole month to get these beautiful shots.

Colour-coded hand-crafted costumes, crazy "monster", and some quirky dancing. These were the ingredients of our "mysterious planet" sequence. It was also inspired by the nostalgic 90's TV show "Mighty Morphin Power Rangers".

Our main actor Martynas had to reenact his dance around ten times in different positions to make a realistic dancing crowd of clones. For our planet to look unique, we also did sky replacement and some Mars-like colour correction.

Last but not least, the moment where craftiness unites with VFX - the piece of antimatter. While making this video clip, we used two kinds of antimatter. One of them was gently crafted by hands, the other - by digital solutions. Can you guess which is which?

That's how we'd combined special effects and craftiness and created this quirky and surreal music video. Big thanks to the band and everyone who embarked on this mystery trip in search of antimatter!

Awesome things happen one step
at a time:

Tell us about your next project:
[email protected]